Being an agile and experienced company we can easily adapt to the needs of our clients. Whether for broadcast, webcast or in-venue screen supply, equipment rental or full turnkey production services, iLink Media Group offers a proven and cost-effective solution.

With decades of experience in Live Television, Live Event Production, Broadcasting and Webcasting, the principles of iLink Media Group have pretty much seen, and done it all... including the Olympics, NHL Hockey, NBA Basketball, Pan-Am Games, CFL Football, professional rodeo, plus numerous Live concert and corporate events.

Contact us today to find out how we can help make your event the best it can be. 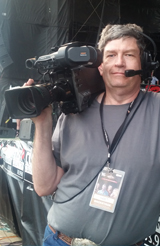 John’s career has spanned an incredible five decades in the broadcasting industry in Canada and is an award – winning producer, technical director and videographer.  While his first love is directing, he has worked in all technical and non-technical facets of production.

Currently John works as a freelance director and technical director for NHL hockey broadcasts for visiting US broadcasters in Canada and is the director for Canadian broadcasts of Washington Capitals hockey for Comcast/NBC. 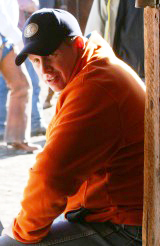 At some point in his 30 year career, Dean has done every conceivable job behind the camera, but his strongest asset to iLink Media Group is as an award winning Producer.

Dean has written, produced and directed award-winning productions for CTV, Global, CBC, APTN and CHUM…  and highlights in the past couple years with iLink include the “Road to The CFR” series, the AMPIA nominated Championship Sunday of the Canadian Finals Rodeo which aired nationally on Sportsnet, and Technical Producer responsibilities with Freshwater Creative’s Sinopec Live Wellsite Disaster Simulation that was webcast to China.  Dean also enjoys getting behind the camera and has worked as a sideline hand-held cameraman for both the Calgary Stampeders and the Canadian Finals Rodeo in-house production teams.

His expertise as a Writer/ Producer ensures that iLink Media Group’s clients will enjoy their experience, and leave with a product that not only meets, but exceeds their expectations, on time and on budget.